The Supreme Court recently passed a controversial judgment condemning ‘automatic’ arrests by police in dowry harassment cases against husbands and in-laws. The judgment has received a mixed response. While its supporters praise the Court’s strong statement against misuse of this law by women, others raise concerns over the rights and safety of victim women. While the Court rightly asks for the correct implementation of criminal procedures to avoid harassment by misuse of law, its lack of a simultaneous emphasis on the need for protection of women is problematic.

The judgment speaks of the duties of police officers while making arrests and applies to cases beyond the context of cruelty against women. Thus, one way to understand the ratio of the judgment is to look at it as a criminal procedure case divorced from its gender context. The Court merely reminds police officers of their duty under the Criminal Procedure Code (Cr.P.C.) to exercise discretion while arresting even in non-bailable and cognizable offences and to do away with the attitude “to arrest first and then proceed with the rest”. Instead of mechanically making arrests on receiving an allegation, the police should first arrive at a reasonable satisfaction as to the genuineness of the allegation based on some investigation. Under the Cr.P.C., for offences with punishment of seven or less years, like the provision on cruelty in dispute here, the police can arrest without a warrant only when it is satisfied that arrest is necessary for reasons such as preventing tampering with evidence, preventing threat to witnesses, and preventing commission of further offence. An absolute non-exercise of discretion, whether by mechanically arresting or not arresting, is problematic and may cause unnecessary harassment and humiliation to the arrested person. The judgment requires police officers to forward to the Magistrate not only their reasons for arrest, but also reasons for their decision not to arrest, in the latter case within two weeks from the date of institution of the case. Failure to follow these guidelines may render police officers liable for both departmental action and contempt of court proceedings.

While the operative part of the judgment is written largely in such criminal jurisprudence terms, presenting the judgment in this gender-neutral manner will rob it of its true context and hide its possible implications. Even while the direction is to police officers, the Court is more concerned about harassment by “disgruntled wives” than by the police. The Court emphasizes how women are misusing the criminal provision that was intended to protect them from cruelty by husbands or his relatives, and causing harassment through arrests not only of the husband, but also his old or distant relatives, whether male or female. The Court also notes that marriage is a revered institution in India and seems to lament the increase in matrimonial disputes in the country.

The exclusive focus on misuse instead of use of the provision makes the apparently harmless verdict reiterating the criminal procedural law a questionable and unbalanced one. While the misuse of anti-dowry provisions may be common, but even more widespread is the incidence of dowry-related violence. In its attempt to “maintain a balance between individual liberty and societal order”, the Court totally ignores the concerns of women who may actually be victims of harassment. Patriarchal norms normalizing domestic violence, lack of support for women who fight against such violence and the private domain within which the abuse takes place already make legal remedies difficult to access for many women. In this context, valid concerns were raised around the judgment’s implications for a woman deciding whether or not to use criminal law to her rescue and for the safety of a woman who decides to use criminal law but is not able to procure arrest of the accused persons.

There is a need to take on board concerns both regarding protection of women from domestic violence and regarding harassment caused by arrests of falsely accused persons. While the Supreme Court takes care of the latter, it ignores the former. As a matter of fact, the law already provides this protection in the form of the Domestic Violence Act (DVA). The definition of “domestic violence” under the Act covers physical, mental and economic abuse and includes violence related to dowry demands. It further places a duty on a police officer who receives a complaint of domestic violence to inform the aggrieved woman of her rights to receive protection under the DVA. Thus, even where the police may not arrest the accused persons immediately, they may still assist the complainant woman to use the DVA machinery and seek protection and other reliefs.

While the Court reiterates Cr.P.C. provisions to curtail harassment by misuse of dowry laws, it surprisingly misses out a mention of DVA that can simultaneously be used to provide protection to abused women. The police officers need to be reminded of their duty under both these laws. One can hope that this slip by the apex Court will not result in dilution of the actual exercise of their duty under the other law. 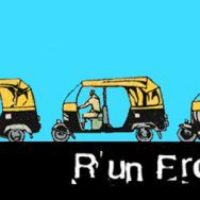